The DuroSport Electronics Company was founded by Oleg Tarlev of Moldova in 1962. An inventor by trade, Tarlev was an early pioneer in the use of steam to power home appliances. Tarlev dreamed of applying his engineering expertise to develop a line of steam-powered consumer electronics. 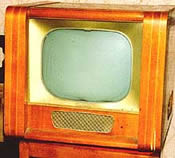 After a failed experiment with a steam powered television convinced Tarlev that steam and vacuum tubes do not mix, he quickly abandon the idea and began developing more conventional electronic devices. His first successful product, the DuroTube television, was a huge success throughout Moldova.

A testament to Tarlev’s engineering skills, it is estimated that as many as 60% of the DuroTubes sold between the 1968 and 1989 are still in use today. As a result, DuroTube repair personnel are in high demand. A recent survey of Moldovan school children revealed that 34% hope to grow up to become a DuroTube repairman.

For awhile, the DuroTube was such a success that word of it spread across all of Eastern Europe, and DuroTubes were big on the Black Market in countries such as Yugoslavia and Czechslovakia, until the leaders of those countries spread propaganda that the radiation from the DuroTube had killed people in front of their sets. It wasn’t true, of course: no DuroSport product has ever been proven to kill its users.

Following the success of the DuroTube it would have been easy for Mr. Tarlev to retire from the electronics business and live off of his considerable fortune. Instead, Tarlev invented a new device that revolutionized the way Moldovan’s listen to music.

Mr. Tarlev has long been a lover of fine music. His collection of 78 rpm records and 8-track tapes is said to be one of the largest in all of Moldova. Over the years the frequent changing and flipping of traditional vinyl records lead to a sever case of tendonitis. As his condition grew worse, Mr. Tarlev would often lie in pain, listening to his favorite recordings against doctors orders.

Then one day Mr. Tarlev had an epiphany. After reading of the latest developments in digitizing audio recordings, Tarlev realized that his thousands of LP’s and 8 track tapes could be compressed and stored in a unit no larger than the size of the average Moldovan refrigerator. In a matter of months Tarlev had developed the prototype for what eventually would become the DuroSport Music Console. While manufacturers in the US and Western Europe were developing battery powered portable music players, DuroSport pioneered the full-sized digital entertainment center for the home. 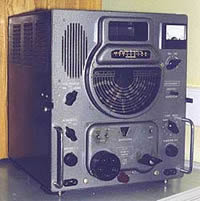 For a brief while in the late 1960’s, the DuroSport Music Console was the Music Console of choice for artists and hipsters in certain parts of the United Kingdom and United States. One of these artists was Albert Broccoli, the producer of the James Bonds films, who was always on the prowl for cutting-edge technology. And so it was that the DuroSport Music Console was tapped to be be featured in the next James Bond movie, On Her Majesty’s Secret Service. However, it turned out that the Music Console was part of the hi-tech collection of the villian, Ernst Stavro Blofeld, and not Bond. In 1969, it was felt that the bad guy always had inferior technology — especially to James Bond — so the DuroSport company was not able to take advantage of this turn of events and market the Music Console as a tie-in with the film. While this was obviously not the case with DuroSport’s superior technology, Tarlev was very disappointed in this turn of events, as he felt that the actor who played this Bond was better than the previous fellow. After this, DuroSport has refused all future offers to feature our technology in the James Bond movies.

Eventually it became obvious to Tarlev that consumers also wanted to listen to their music on buses and at the gym. And so DuroSport began developing a line of more portable players to meet the demands of the modern consumer lifestyle. The DuroSport Prism 1, the first portable DuroSport, was just slightly larger than a loaf of bread. Prism 1 provided consumers with a truly portable and high fidelity monaural audio experience.

Since the Prism One, DuroSport has forged key strategic partnerships with engineering firms around the world to produce even smaller (but not too small) and more feature rich portable media players. By combining our Eastern European manufacturing expertise with exceptional engineering skills of some of the best North Korean scientists, DuroSport has managed to develop a product line that appeals not only to the modern Eastern European consumer, but also to music fans around the world.